A two-player game of things getting awkward fast.

This game is adapted from the George Saunder’s short story of the same name. This two player takes place in the home of Callie, the lower-class mother in the story. Each player has a different goal – the player controlling Marie, the upper-class mother, wanders around the house flipping tiles that reveal objects she finds odd, off-putting, or distressing; half of a red pepper floating in a can of green paint, for example. Meanwhile, the player conrolling Callie attempts to flip these tiles back over in order to keep Marie from becoming uncomfortable.

Once Marie has flipped enough tiles for her “awkward” meter to fill up, she ends the game by making it out the front door. Ultimately, Callie cannot win; she can only feel satisfied that she gave it her best shot and delayed Marie for as long as possible. 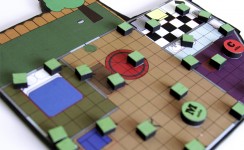 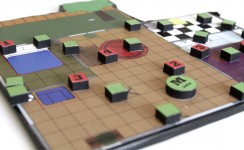 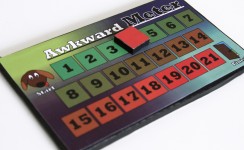 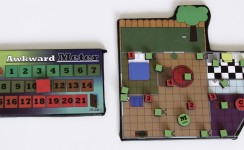