Two machines take turns trying to guess each other's next guess. Neither side ever knows if it won, only if they lost.

This was made as part of a thesis project for DMA.

Each box is equipped with a matrix of 16 A/C light bulbs that are used as a display. Inside each box there is a micro controller that is able to control each light bulb discretely and communicate with the other box over serial connection. The two microcontrollers are playing a game with each other.

Battle guesses the future state of the other machine. This is attempted by using something like a Markov chain. Both of the machines share a common lexicon of 13 possible patterns. The game consists of the machines taking turns creating and displaying sequences of patterns. Each sequence is 10 patterns long. A turn is composed in three steps. 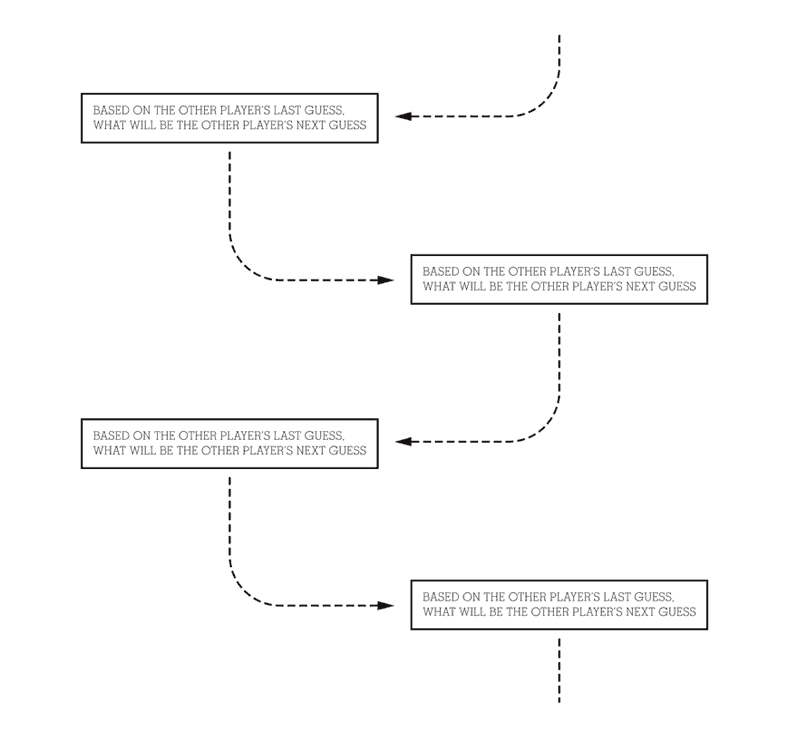 When one of the boxes constructs a sequence that is identical to the input sequence, that box has lost the game. At that point it will flash its columns from left to right and then construct a completely random sequence to start the game over. The box that won never knows that it won, it continues with the game as if it never ended. 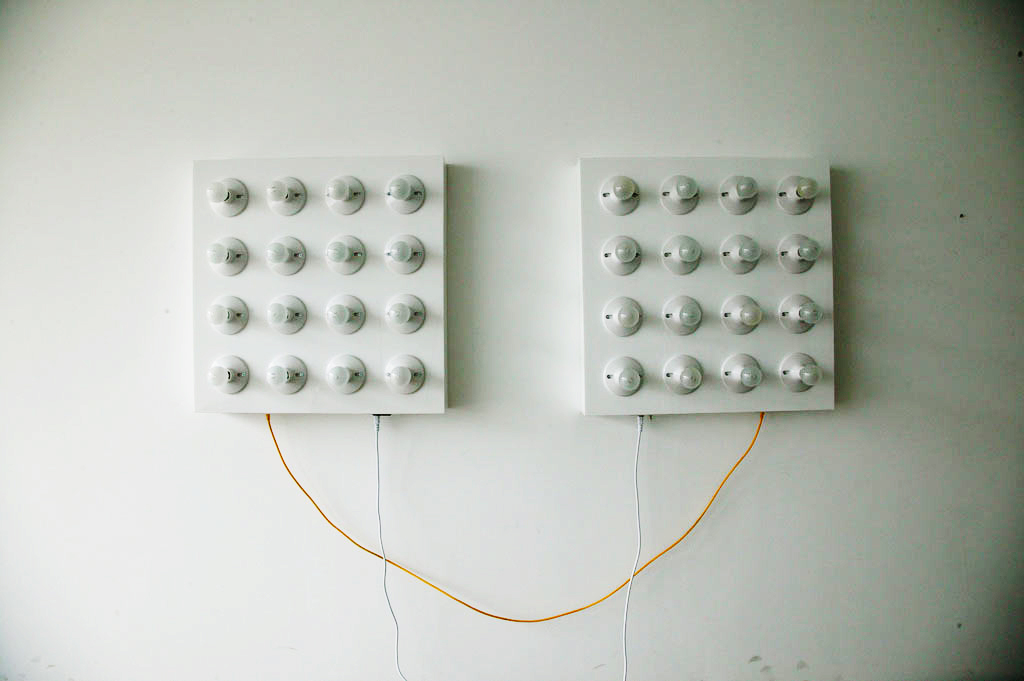 Here’s a video of the two machines in action:

I used the Sanguino microcontroller board for this project because it was cheap, it has lots of i/o pins, and it has two hardware serial ports. I used cat 6 cable and fixtures to connect the serial ports of the two machines together and to upload code from my computer.

I had never built a project that uses two microcontrollers talking to each other so I had to look around for something similar to get an idea of the best way to do it. I found MeggyChip a game written by Chris Brookfield and Windell Oskay for the excellent Meggy Jr game platform. I was able to use the communication protocol from that game with a little modification.

Here’s my awkward attempt at implementing some kind of Markov like process. It mostly works but I had to fudge it a little because for some reason there was a tendency for the machines to converge on the first pattern in the lexicon:

void countInComingSequence()
{
//we need to know how many times each pattern appears so we can divide transitions by it later
//first clear out wordOccurenceSum
for(byte i=0; i < NumPatterns; i++) wordOccurenceSum[i] = 0;

//then add up the number of times each pattern appears
for(byte i=0; i < TurnLength; i++) wordOccurenceSum[inboundBytes[i]]++;

//this keeps track of how many times each transition occurs
for(byte i=0; i < TurnLength; i++)
{
transitionTotals[inboundBytes[i]][inboundBytes[i+1]]++;
}

//start the sequence with the last position of incomming bytes
outboundBytes[0] = inboundBytes[random(0,13)];

You can download the code for the whole project here:
http://github.com/taboularasa/battle/