A game of labor, globalization, and mining set in the Iron Range of northern Minnesota.

A number of scholarly fields are unearthing the latent connections among labor, automation, and recreation, and games, too, are increasingly adapting the systems of labor and economics into their magic circles. Case in point, the board game The Iron Range tackles the subject of iron mining in Northern Minnesota, set against the backdrop of increasing globalization. The high demand for iron in China as a result of the country’s recent building boom led to Chinese investors buying out Minnesota’s local mines for their taconite (an impure iron ore). Although mining in the region had been in decline, China’s investment has put Minnesotans back to work at now foreign-owned mines.

In The Iron Range, two players run competing mining companies. As they vie to make the most money by deploying their miners on the board—shaped like a circular mining pit—the losing side is eventually “bought out” by foreign investors, which can reverse the dynamic of the game. 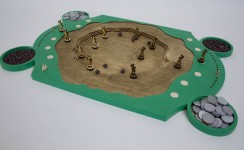 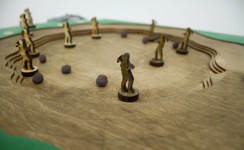 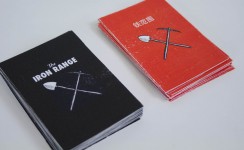 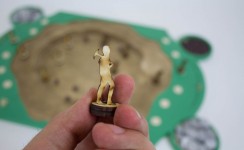 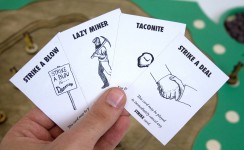