Shift letters around the board to form words that cascade off and reveal new letters.

Shift letters around the board to form words that cascade off and reveal new letters. Single-player speed and strategy modes set the tone of the word-making endeavor, to either frantic juggling or measured resource management. Multiplayer modes let you play around the same board as your friends, with each person playing from their own perspective.

Word Shift was created as a table-top experience for touchscreens, meant to enable both solo and shared play on a single device. The two main play styles, Strategy and Speed, strongly shape the experience of the game and demand strategic thinking to expand gameplay. The core system of assembling words from a pool of letters is open to players’ own interpretation through the “House Rules” multiplayer mode, which keeps score of word point values but replaces turn-taking rules with a simple “end turn” button. This is meant to facilitate group play where players have different abilities and goals within the game. 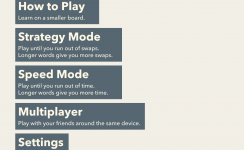 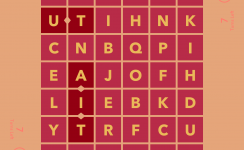 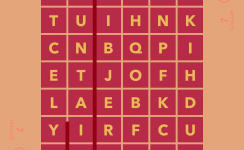 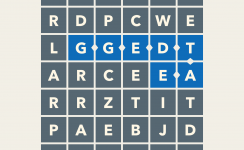 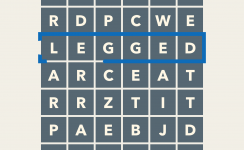 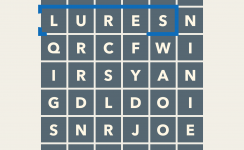