The gallery as a first-person shooter level.

“Everything I Do is Art, But Nothing I Do Makes Any Difference, Part II Or: How I Learned to Stop Worrying and Love the Gallery” is the second in a series of playable levels for the popular first-person shooter video game, Half Life 2. This version was made for the 2006 Undergraduate Exhibition at the School of the Art Institute of Chicago. The entire 50,000+ square foot gallery has been meticulously modeled and includes some of the artwork from the show (mostly that of my friends and classmates). The sophisticated AI systems of the Source engine have been utilized in this version to unleash attacks of monsters, aliens, robots and zombies on unwitting virtual gallery attendants. Luckily, health points and extra ammo can be earned by destroying the artwork. Players/performers are also given more options for expressive destruction of the gallery walls, including cans of brightly colored paint, sawblades, and harpoons. 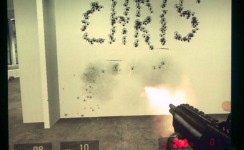 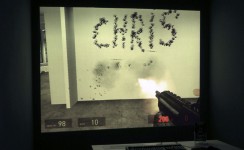 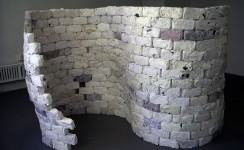 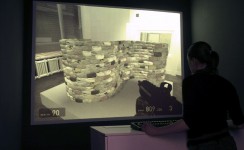 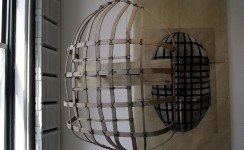 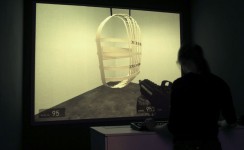