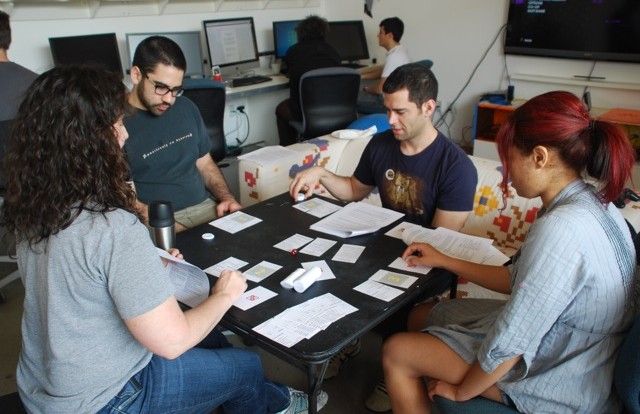 The Game Lab hosted a playtest last Thursday (2/2) for David O’Grady’s card/die-game prototype of Foursquare (the popular children’s playground game, not the social media app). Playtesters Chris Reilly, Aliah Darke, Sean Soria and Jennifer Porst graciously volunteered their time to throw down slammies, warheads, and other trick shots in an effort to knock various classmate-avatars out of the game–and earn the most bragging rights in the third-grade class!

David used the playtest to gather useful feedback on the game’s core mechanics, which require players to balance basic skill shots, rules manipulation (the server gets to “call” certain trick shots and rule variations), and social leverage to win the game. Players can yell out “That’s mean!” if they are the victim of a nasty trick shot, which allows all the players to get involved in deciding who is really out. The players provided crucial feedback to help improve the pace of the game, enhance the stakes for knocking out a player, and streamline the scoring rules.

This feedback will be reflected in the next iteration of card-based prototyping, and then the project will move into video game development. David is still assessing whether the game mechanics lend themselves to a mobile media platform or a Kinect-based interface. In the meantime, David is taking the prototype to Albuquerque, where he will talk about game development and playtest Foursquare with video game academics at the PCA/ACA regional conference (2/8-11).

If you would like to check out Foursquare, please contact David at david@davidogrady.com, who will happily set up a time to play in the Game Lab. 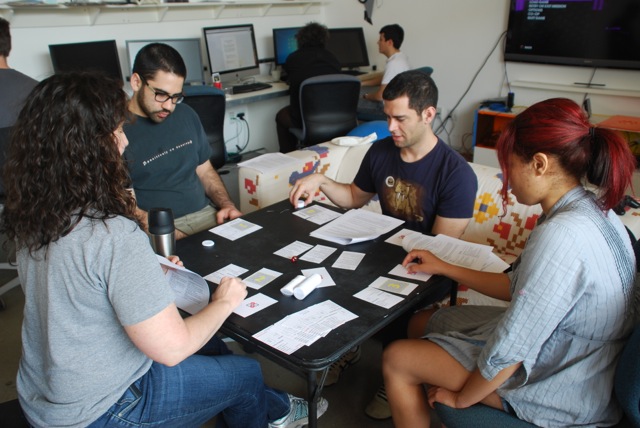 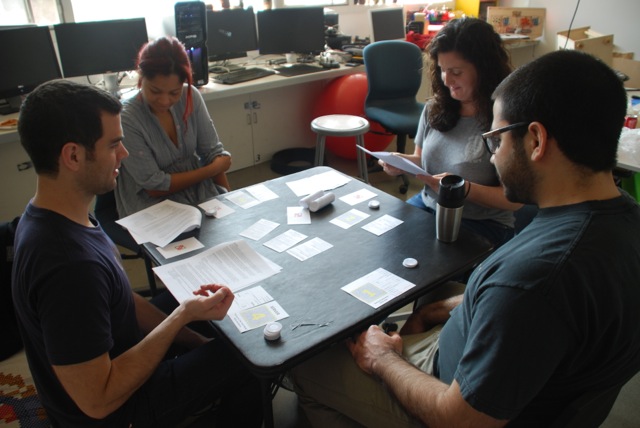 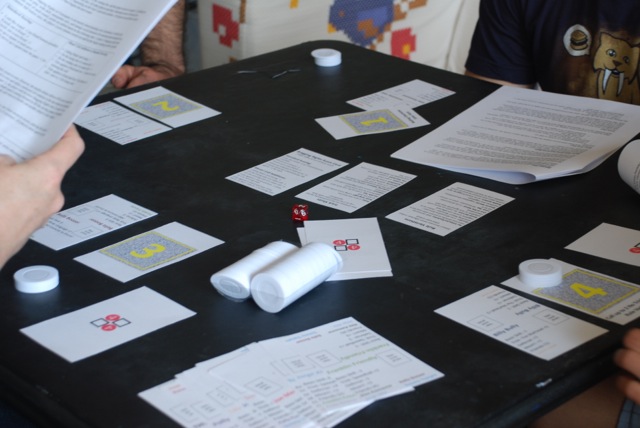