Patrick Michael Ballard is a Los Angeles based artist and fool-magician that primarily orchestrates secrets and surprises in immersive theater and interactive sculpture games.

We have invited visiting artist Patrick Michael Ballard to give a presentation titled “Azguyenquainan! Talks of Wild Nuance in Age(s) of Interworveled(s),” which may or may not include one of the following:

A travelogue of feral mythovalencies
A presentation of psychomagical resonators and aquaezcients.
An obtuse invitation and bequeathment of Weird Alms to any that accept.
An omnidirectional nod
A song or two or three
A gown for a puppet that refuses to exist
A series of veiled techniques for tuning the story organ.
A contextually conventional accounting process
An indirect and possibly nonexistent introduction to humming fate games
A series of events that wholly stand in opposition to the spirit of this list

Patrick Michael Ballard is a Los Angeles based artist and fool-magician that primarily orchestrates secrets and surprises in immersive theater and interactive sculpture games. Throughout his works, Patrick experiments with themes of immersion, the ethics of materiality in fantasy, how the interface shapes our mythosphere, psychosphere, and cognisphere, and the role of the individual in collective storytelling. His most recent works incite opportunities for autopoetic game-setting and rule-making around absurdist narrativized rituals where objects can be explored and haunted by different communities and creative practitioners. His works are conceived as enactments of Azguyenquynan!—phantasmagorical LARPing events where suddenly immersive over-states fade at the edges of the forming worlds abound as tiny anthropomorphic ducks transform from hand puppets to miniature timegods, T-shirts become spirits that graft the taste of the audience into wakes for dead drawings, historic monuments become cuckoo-clocks that birth giant, beaked chorales, and a crack in the wall speaks green light to quell the violence implicit in the misplacement of puzzle pieces. In addition to his work as an artist, Patrick currently acts as the artistic director for the Auschwitz Study Foundation, a freelance creative director, and is an intermittent guest curator of the nomadic Jan Weenix Gallery. 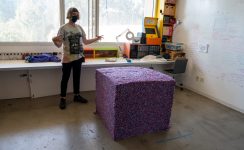 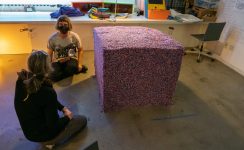 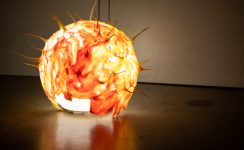 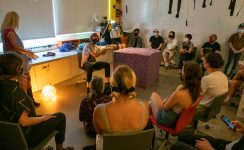 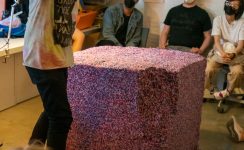 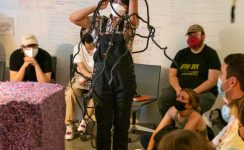 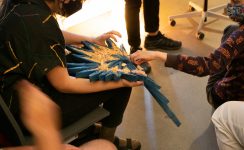 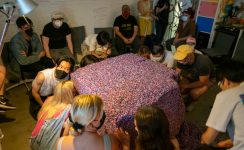 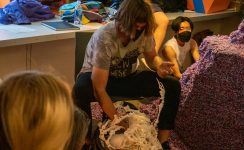 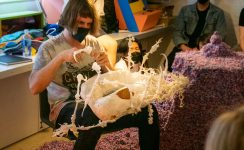 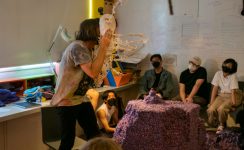 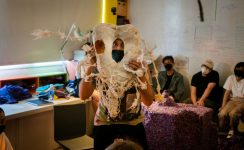 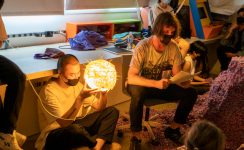 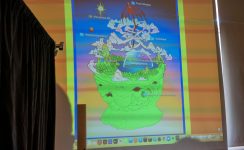 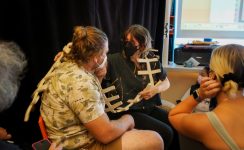 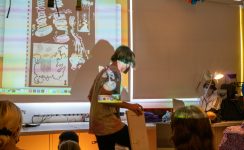 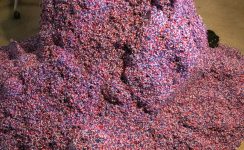 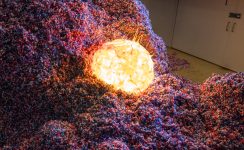