VHW7 is an hour-long interactive explorable digital environment that is reacting in real-time to an improvised score.

Velocity Holomatrix Warp 7 is a collaboration between experimental musician Sun Araw and Game Lab Alum Theo Triantafyllidis in the form of an hour-long interactive experience. VHW7 is an explorable digital environment that is reacting in real-time to an improvised score, recorded by Sun Araw with Polish double-bassist Tomo Jacobson at CPN Vinter Jazz Fest in 2017.

It is thought, though not “known,” that planets must be spherical due to the force of gravity that begins to consolidate their mass and cause their formation. However, new investigations of exoplanets and planetoid formations have revealed that some planetoids are able to sustain highly irregular shapes while still developing primitive atmospheres and magnetospheres just before they become large enough to be crushed into spheres by their own gravity. These irregular planetoids have become highly sought after galactic objects for study, and while there is still no definitive evidence, it seems more and more likely that many of these stellar objects might actually have been crafted, sculpted, and even “arranged” intentionally by highly skilled ancient civilizations, in much the same spirit as the ancient tradition of bonsai here on Earth. Some of these dwarf planetoids show such a complexity of gravitational geometry and electromagnetic balance that it is highly unlikely that they could have been the product of purely natural forces. Indeed, many of them seem highly “sculpted,” almost as if challenging the limits of complexity while still remaining cosmically stable. In addition, some arrangements of strange flora (both vascular and fungal) are so deftly and artfully composed that it is highly improbable they could be naturally occurring.

VHW7 is a recently discovered planetoid in this tradition that shows convincing evidence of being just such an alien bonsai sculpture. While almost nothing is known about technologies capable of such feats (or civilizations that could have created such technologies) it is becoming hard to ignore the evidence that such civilizations have existed. The extreme age of VHW7 and its ability to hold its intricate sculptural form for millennia against the magnetic and gravitational tides of its home system suggest an incredible and ancient skill, currently lost to the sentient species of the Universe as we know it.

This program allows you to holographically explore planetoid VHW7 and its many intricate ecosystems: disorienting ionic bubbles, strange levitating mineral ore deposits, phosphorescent photonic anomalies, and phenomena even stranger. In order to give a further sense of its formation and the delicate balance of forces that hold it together, algorithms have been created to convert its magnetic, electric, and gravitational forces as audio, allowing you to “hear” the skilled and intricate sculptural work that shaped and maintains it. We hope this immersive experience will create a greater appreciation for these ancient cosmic artworks, and help to preserve their legacy for future millennia. 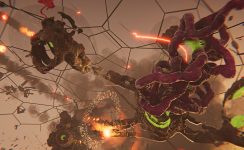 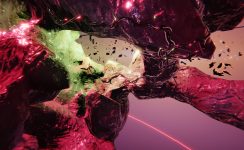 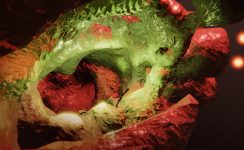 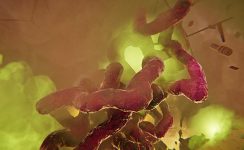 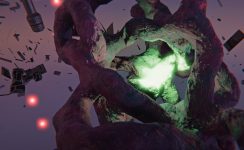 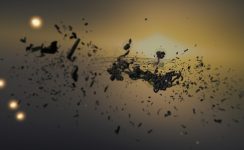