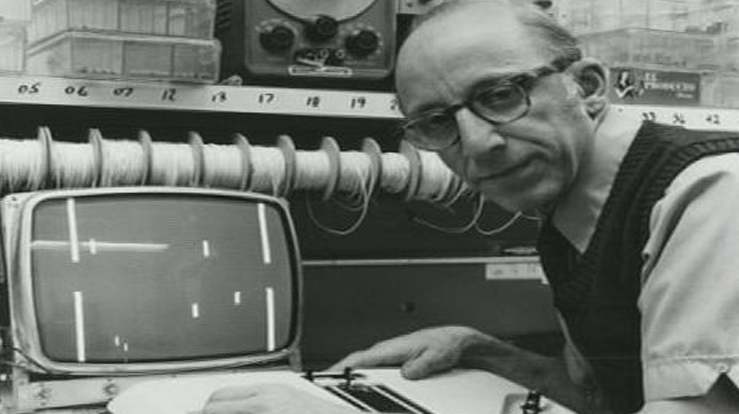 Ralph H. Baer, inventor of the Magnavox Odyssey, the first home videogame system, died December 6. Although Baer didn’t create the first videogame, he invented something more important: videogaming as a mainstream medium. Perhaps this would have happened anyway, with the personal computer bringing games and other amusements from the research lab into the home office and living room by the 1980s, but Baer intuited that screens and interfaces didn’t have to wait for integrated circuits or software. Television technology was sufficient to give people screen-based agency in the service of play–but it would take Baer’s insight to blend play and technological know-how into a new cultural object and activity. Recall that, in 1972, most people had no concept of what a videogame was–the name “videogame” hadn’t even been coined yet. Most people at the time still saw the TV set as a fragile, impenetrable device–an appliance that could only receive airwaves from afar, not generate self-controlled images. To remediate TV into a playable device, Magnavox took the unusual step of demonstrating the Odyssey within television’s own ludic context–the game show–as poof of concept. Even Rod Serling(!) played Odyssey Tennis before a befuddled group of panelists on “I’ve Got a Secret” in fall 1972 (skip to about 15:40 for the Serling/Odyssey segment).

For various technical and industrial reasons, Baer’s vision for the Odyssey was never fully realized–the system would prove more intriguing than entertaining–but history shows that the Odyssey triumphed as a “demo” of the medium’s potential. The New York Times obituary for Baer quotes videogame historian Keith Feinstein, who called the Odyssey “the beginning of a revolution in thought.” This is no hyperbole; Baer changed the way we relate to media forever. Baer foresaw that we could enter the screen and take control within its spatiotemporal frame. The screen no longer was just for “reading” representations; we could make (and destroy) our own worlds in there. We’ve been turning knobs and pushing buttons in the name of play ever since. Baer’s gift to culture–like many gifts–has been both celebrated and abused over the last five decades. Let’s hope that the future of videogaming–as a medium, as an industry, as an art form–embraces the inclusivity, diversity, and creativity that Baer had in mind when he and two other engineers decided to mock-up a hare-brained idea: a TV paddle game that most anyone could play.