During the reign of Charles II, an outlandish conspiracy circulated around the streets of London, depicting Catholics as roguish criminals, tricksters and demons who intended on murdering the king under the orders of the Pope. Political dignitaries of the time began a parade known as “The Pope Burning Procession,” in which a life-size effigy of the pope was carried through the streets of London and was eventually burned at Temple Bar.

Players are invited to play as Charles II, Titus Oates, James, Duke of York, or Sir Edmund Godfrey and learn about the mystery and scandal of the procession by attempting to gain the political favor of “the crowd” (represented by wooden pegs on the board).

Once the pope is burned, the game is over, and the individual with the most pegs has earned the political favor of the crowd. 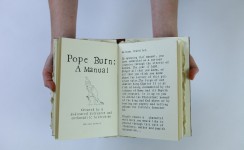 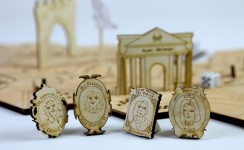 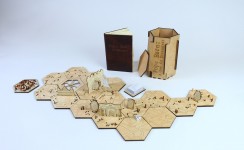 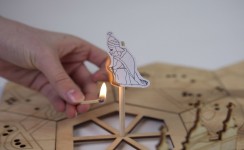