Pacwars is a four player, team-based board game based on Chess and Pacman.

Pacwars is a four player, team-based board game based on Chess and Pacman. The aesthetics are inherited by the Pacman while the logic, big movements and abilities are inspired from chess.

Capturing all Pacmans of opponent team

Pacmans are there to survive and Ghosts are to capture Pacmans of opponent team while protecting own team Pacmans. All bids move like the Queen from Chess; only ghosts can capture Opponent Pacmans. (Ghosts on Ghost or Pacman on Pacman is not allowed.)

Players shape 2 teams of Red and Yellow. In each team, each player chooses to solely be pacmans or ghosts. Games start alternating as yellow Ghosts, red Ghosts, yellow Pacmans and red Pacmans.

In phase one players only arrange their bids in strategically purposeful and safe place; one in each turn. No capturing. No movements. Also you can’t put your bids in any 8-surrounding squares of any opponent?s bids. In next phase game actually starts and bids are allowed to move and ghosts can attack opponent Pacmans and so on. One not avoidable movement in each turn in any phase is required by all players. 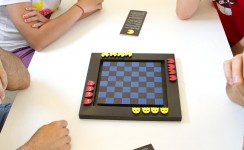 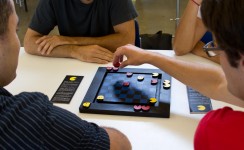 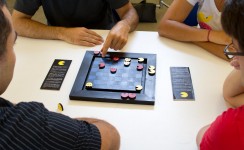 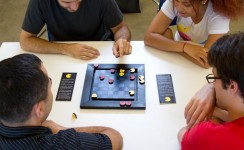 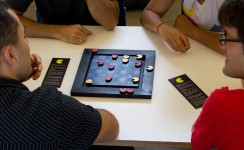 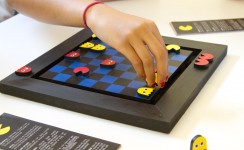 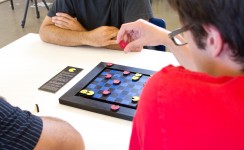 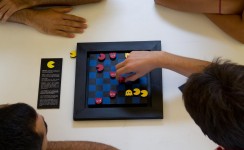 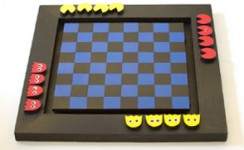 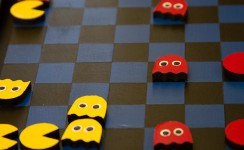 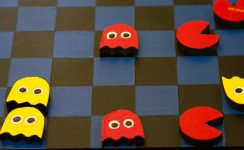