18+ NSFW: Contains disturbing violent & sexual content. Nightmare Temptation Academy is a dating-simulation/choose your own adventure/roleplaying game that is also a Rap Musical.

Nightmare Temptation Academy is a dating-simulation/choose your own adventure/roleplaying game that is also a rap musical. The game is set in high school in an alternate universe at the end of the world. Visual tropes from anime, videogames and early 2000’s digital culture are referenced and remixed to evoke nostalgia and further allegorize the uniquely Millennial adolescent experience of apathy, desensitization, and confusion caused by first-generation internet addiction and media oversaturation. A binary dialogue decision making gameplay expresses the protagonist’s struggles with intrusive thoughts, managing impulsivity, and the ambiguity of morality in a depraved world where justice and redemption are intangible. This dialogue-driven gameplay also explores group dynamics, manipulation, and identity. The persistent sense of impending doom parallels the depression and anxiety the protagonist character suffers from. The soundtrack is original, written and performed by the developer Lena NW. 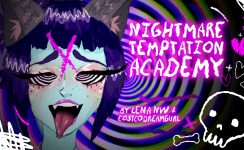 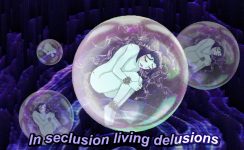 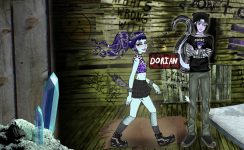 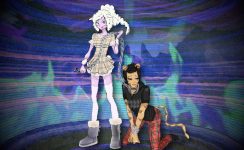 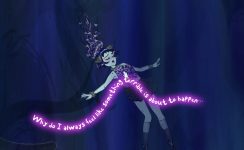 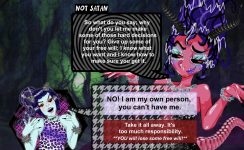 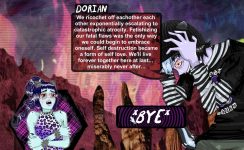 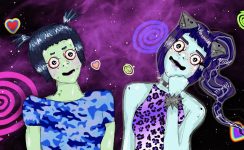 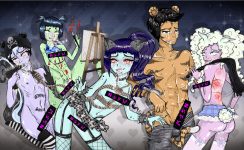