The event will be held in the Game Lab, room 3252 of the Broad Art Center at UCLA. This event is free and open to the public. See below for parking info 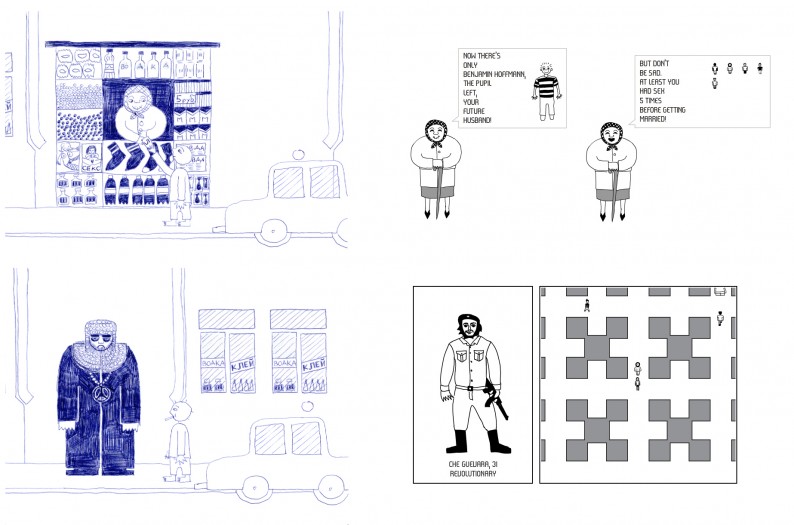 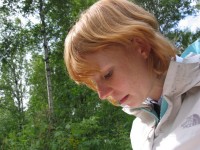 We are happy to invite you to a lecture and workshop with Lea Schönfelder. During the lecture, Lea will present her work and her process in developing a graphical and narrative style for games. Besides the tools of visual storytelling systems and rule-sets are used to create emotionally completing experiences. The lecture will be followed by a hands-on workshop where participants will develop a short visual narrative.

Lea Schönfelder is an animator and game designer. Lea is currently a visiting artist in resistance at the UCLA Game Lab. Lea’s games often deal with questions surrounding gender, ethics, documentary, and everyday experience. She studied Illustration, Animation and New Media at the School of Art and Design in Kassel, Germany. She has produced several computer games including “Ulitsa Dimitrova” and “Ute: A game for adults”. Her work has been presented worldwide in various festivals and exhibitions including the Game Developers Conference in San Francisco,CA; Fumetto illustration Festival in Lucerne, Swizerland; Fantastic Fest Arcade at the Alamo Draft House in Austin, TX; The Tokyo Game Show; and The UCLA Game Art FEstival at the Hammer Museum in Los Angeles, CA. Lea’s work has been widely recognized and has been awarded several awards including: The Red Dot Design Award, the IGF Student Showcase (USA), the Arte Creative Streberprämie award (France/Germany), and the Art Directors Club Award (Germany). Her work often centers on controversial issues and in turn sparks public debate. For example the Russian Parliament discussed to ban her game “Ulitsa Dimitrova” from the Russian audience, and “Ute” has been prevented funding as a result of its controversial subject matter (.. for a game…). Lea has held workshops about games and interactive animation in China and the Czech Republic, taught game courses at the University of Kassel and was the co-organizer of the game-festival SPIELSALON in Kassel, Germany. She is currently a graduate student in Interactive Media at the Baden-Württemberg Film Academy.

Ute walks around and meets 11 men she can sleep with. The more Sex she has, the more points she gets.

But all men are in love with her and she has to take care not to be seen by anybody while having sex with another man. If Ute gets caught the two men get mad at her and never sleep with her again.

At the end one man remains and that’s the one Ute is going to marry. The objective of the game is to have sex as much as you can before getting married.

Though cartoony in nature and full of caricatures, the game pulls no stops in depicting many of the sexual scenes in a very graphical manner. Similar to Lea Schönfelder’s Ulitsa Dimitrova (IGF 2010 student showcase finalist, SOWN 2010 selection, Fantastic Arcade spotlight finalist), Ute is definitely not a game for kids.

This game is about the seven year old Pjotre, a homeless child in St. Petersburg. Pjotr is chainsmoker and has to get cigarettes all the time.

He spends his time with robbing, begging, visiting his mom, the prostitute and one time he even falls in love with a girl.

His life will never change. And once the player gets bored and stops playing, Pjotr will lay down an freeze to death in the Russian winter.
Gamastura interviews Lea on Ulitsa Dimitrova And The Street Children of St. Petersburg

PARKING: The UCLA Game Lab at the Broad Art Center is located in the northeastern part of the UCLA campus, just south of Sunset Boulevard, and west of Hilgard Avenue. The nearest parking structure is P3. Detailed parking instructions can be found here: http://www.art.ucla.edu/contact/directions.html