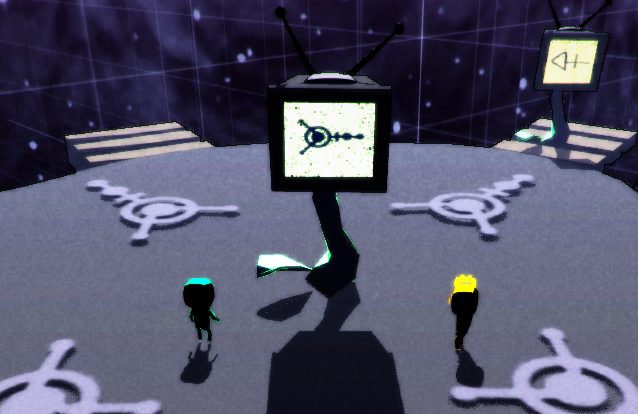 UM TV PALS is a 2-10 multiplayer game in which players control small running men attempting to feed television plants random debris found on their meteors. When the TVs grow, the men are endowed with mysterious powers that aid them in their quests to best their competitors. 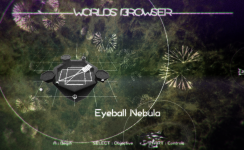 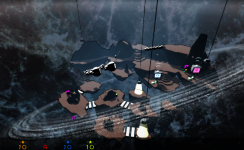 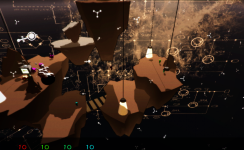