Put your culinary skills to the test and battle sandwich trucks in a tournament-style miniature monster truck rally. Each player is given a pull-back windup car with a clay trunk and an assortment of sandwich ingredients. The players use toothpicks to adhere the sandwich ingredients like armor to the truck, making sure to design for balance, lightness, and possible attacks on other trucks. Then players are organized in a tournament style battle, where pairs will wind up their trucks and attempt to knock over their opponent’s meal. Players participate in a competitive monster truck-style battle in which the goal is to knock over the other player’s truck. You can choose to focus on building up your truck’s defenses with sturdy cheeses or focus on creating weapons out of javelin-like string beans. The tastiest, sturdiest Food Truck that survives the most attacks wins! 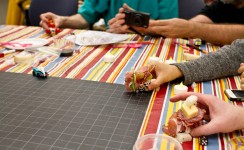 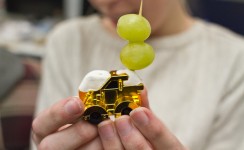 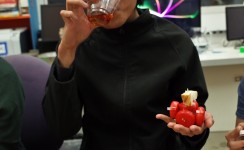 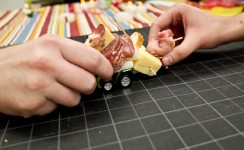 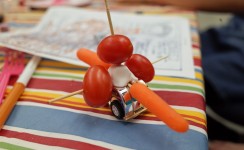 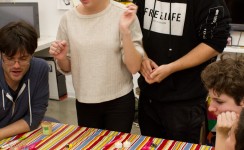