Wizard Takes All is a live computer game performance that pits a mob of farmers against a wizard in possession of boundless audiovisual powers.

Commissioned by the Aurora Picture Show for the 2011 Media Archeology Festival, Wizard Takes All is a live computer game performance that explores the relationships between scripted time and space, role playing, acting, audience and performer relationships, computer simulation and the boundaries between narrative and game-play. The game pits a mob of workers, controlled by members of the audience, against a wizard living in a tower above their town who offers to feed them during a famine in exchange for their labor. Eddo Stern plays an all-powerful wizard who possesses boundless audiovisual and computational powers. The wizard performs his role from the top of a 20′ tower, controlling the software through hand gestures and chants. Members of the audience either play key roles on stage using props that are analyzed by computer vision or by remaining seated and screaming at the top of their lungs whereby the louder they scream the more active and effective the on-screen mob becomes. The wizard and the mob engage in an epic two-hour long computer game battle that gradually intensifies as tensions rise, leading the performance towards a spectacular synesthetic climax. 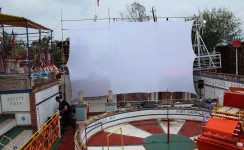 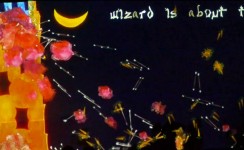 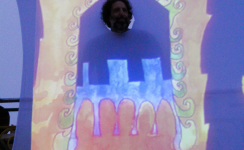 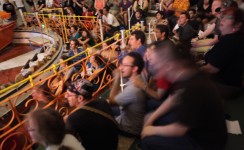 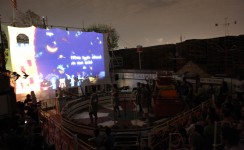 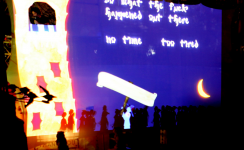 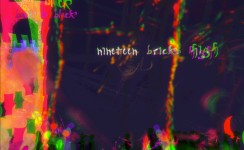 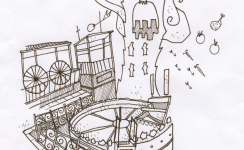 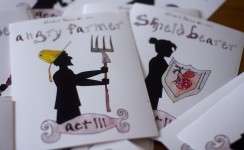