A four player competitive game. Players controls both above-ground humans and below-ground rabbits to inflict insanity on the other players. 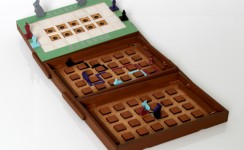 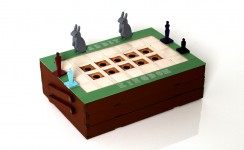 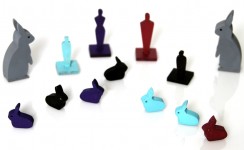 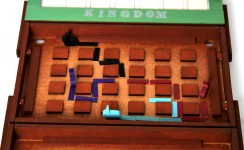 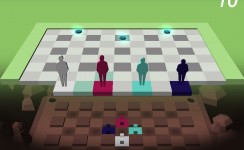 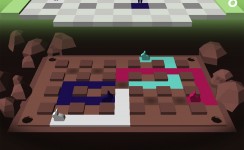 Rabbit Kingdom runs in cycles of day and night. During the day, the humans move on the surface level and drop haunted objects through holes to the rabbits; at night, the rabbits move underground to build tunnels, collect the objects, and inflict haunting on other players. As player become more haunted and draw closer to insanity (and being out of the game), they become more powerful and receive more special abilities, so that the most powerful player is the one closest to losing. Each human is a character from Stone Animals and has his or her own unique abilities based on the character’s roles and actions in the story.