“reality is boring. virtual reality shouldn’t be about reality.”

With influences as diverse as Kittler and Marina Abramović, new variations are synthesised from both orderly and random layers of hypermedia.

Ever since I was a student I have been fascinated by the ephemeral nature of the dataglove. What starts out as yearning soon becomes finessed into a cacophony of greed, leaving only a sense of chaos and the dawn of a new synthesis.

As shimmering derivatives become distorted through diligent and personal practice, the viewer is left with a testament to the edges of our culture.

The game was created in UCLA, Design | Media Arts department. It was part of How To Everything workshop, hosted by HSA at Hammer Museum, LA, 2015. It was also showcased at the Transforming Hollywood Conference, in UCLA TFT, 2015. 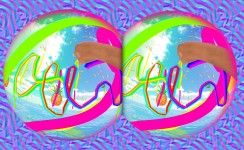 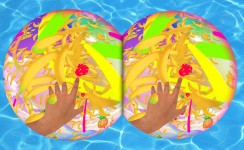 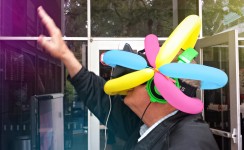