Marksmanship Training is a video game performance using “the official U.S. Army game,” America’s Army. With over six million registered players, this first-person shooter video game is used as a recruitment tool by the U.S. Army. The game, according to the website’s description, “provides players with the most authentic military experience available, from exploring the development of Soldiers in individual and collective training to their deployment in simulated missions in the War on Terror.”

The limitations of the game allow players to aim and fire at a commanding officer, after which they are immediately transported to a cartoonish ‘prison’ level, complete with a soulful blues harmonica loop in the background. In Marksmanship Training, I enter and occupy the prison level for as long as possible. 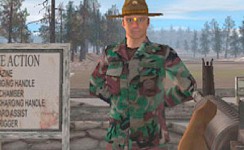 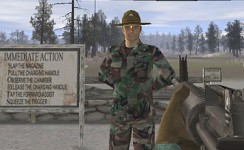 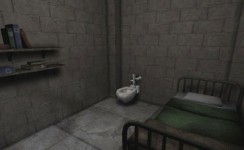 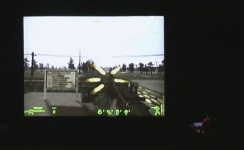 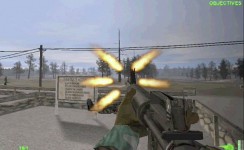 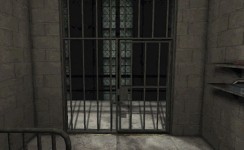