hidden in plain sight is a meditation on the nature of computer programming.

Hidden in Plain Sight is a meditation on the nature of computer programming.

While a compiler’s task is to turn abstract/immortal instructions into a structure that can be executed by the machine, it is essential to view the compiler as a result of such a process itself – thus being determined by its ancestors and source code, both most likely being imperfect. Here, a compiler compiles itself in a perpetual motion. Each generation then turns a (modified) version of the Quake III source code into an executable file and runs it.

The world (physics, etc.) that is being created this way over and over again focuses on the contingency of its appearance and the curious stumbling of the spectator /within/ a dynamic environment. To further visualize this idea, the live output of the compile process it being used as texture for all the game’s surfaces. 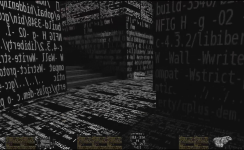 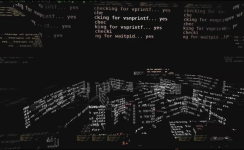 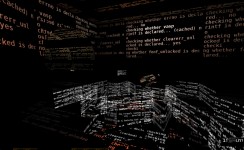 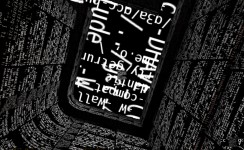 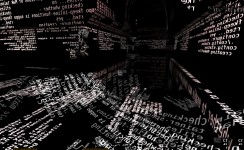 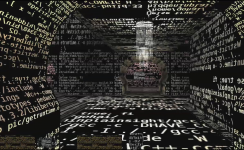 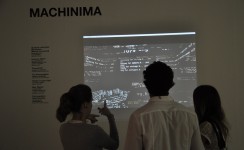 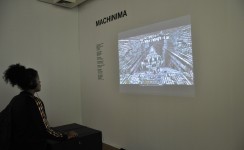